@@@ Bassidi Kone: Kaira (Self-released, 2023) Oh man, if you’re up for some insane hand drumming to start or continue your day, check this guy. The music itself is very very layered with multiple string players, a strong female singer, electric bass, and a lot of rhythm tracks. I skipped to the next track, An Ka Ben, which throws an African marimba and a horn section into the mix. Oh Lord, it’s an incredible stew with the hand drumming slicing through like crazy. That’s right like crazy is an acceptable music review term. The playing here is at a very very high level and it is a unique listening experience. The large ensemble sound of all musicians playing organically is beautiful.

@@@ Young Fathers: Heavy Heavy (Ninja Tune, 2023) Off this week’s All Music notable release email. These guys are black (Afro-British and they bring a little swing and black music tradition to their mash of rock and mainstream music. I correct myself, this is not rock, it’s pop rock music with big melodies. I like the energy and I like the vocal melodies but I need more. I can see this going somewhat big here in the America with the epic pop music fans.

Body cam footage from the cops who beat the shit out of Tyre Nichols in Memphis will be released and politicians there are asking the public to remain calm.

So the black folks in Memphis are urged to remain calm as five black cops beat this 29 year old guy to death? Seems more than a bit hypocritical.

And now may be the time to once again assert that the issue here is police culture — police culture, going way back says that anybody who flees a scene is a criminal and all bets are off the table.

The idea that this man fled for his life is not on the table.

@@@ Juanita Euka: Mboka Moko (Strut, 2022) A coupla listens off WRIR’s weekly playlist email. A female singer from the Congo, the second song (clipped below) opens with lush production, French vocals and a nice quasi-chicken scratch guitar before it slips into English vocals and a smooth, fusion-y groove. All right-y I’m guessing a lot of folks dig this style and the part of it close to Earth Wind and Fire I do dig. Let’s peep more. Ooh, the third track comes out as an African salsa jam and I dig that. Big swaggering horns, lots of rhythms, and again with the vocals in English. I would prefer non-English vocals but that’s just me. I respect the band here, especially the guitarist who is constantly catching my ear but the songs aren’t landing with me. Of course, they might for you. Track 4, Suenos de Libertad, is the most heartfelt track of the three I checked out. I would start with that track and go from there.

@@@ Mass Konpa: Sans Regret (Self-released, 2023) This is some Haitain band music though it is classified as hip hop on Apple Music. Oy. The tempo is semi-laidback, the rhythms are thick and the singer is smooth. I don’t love the soprano sax but that’s a pet peeve of mine. Let’s check a coupla other tracks. The third track, Gad on F anm, is even sweeter — I imagine it’s some sort of ballad and I like it less than the previous one. I really like Haitian music but I think this is just a bit too smooth and poppy for my taste.

Taser Con, a convention marketing law enforcement technology is currently going in Los Angeles, where the LAPD just tasered a young black man to death a coupla weeks ago.

I’m opposed to this shit, I think the police are an occupying force in neighborhoods that need help not punishment.

Punishing Americans, disproportionately non-white folks, is a long American tradition and something I vehemently opposed to.

Taser Con can go fuck itself.

@@@ Carthnage & Toya Delazy: Umoya (Rebel Up, 2023) Some hip and funky Afrorave business off a small label in the UK that does world/electro/funk/jass. It really pumps when the singer begins in earnest. You get four on the floor as well as hand drumming and some high frequency sauce over the top. It’s got a lot of energy and does rise and fall in various sections. Fat bass sounds as you would expect but always nice to get that bumpin’ bass. The singer on these dancefloor tracks can often be neutral or just a garnish for listeners but the singer here adds to the track and I appreciate that.

@@@ Abstract Illusion: Slaves (Willowtip, 2022) Some proggy metal off a best of 2022 list, the list I found Ashenspire’s new record on. This first track opens up with strings, piano and ocean waves before the battering ram comes in. There are some big bangers on here, an 11+ minute banger as well as a 14+ minute bomb — I didn’t like the opener but the second track (clipped below) is pretty brutal with some uplifting guitar melodies and moments. I’m super into this second tune, they’re pushing it around and keeping the listener on their toes while they basically show off. Now they’ve downshifted into a Rush type tiny section and they’re out of that back into the thrash but with a few details changed. This is most definitely not background music, these guys leave it all out on the floor and they’re not committed to one musical idea so pay attention and put your metal hat on. In general I don’t like records where the opener is vastly different from what follows after so the opener here kind of served as a distraction for me as the bulk of the record is banging. 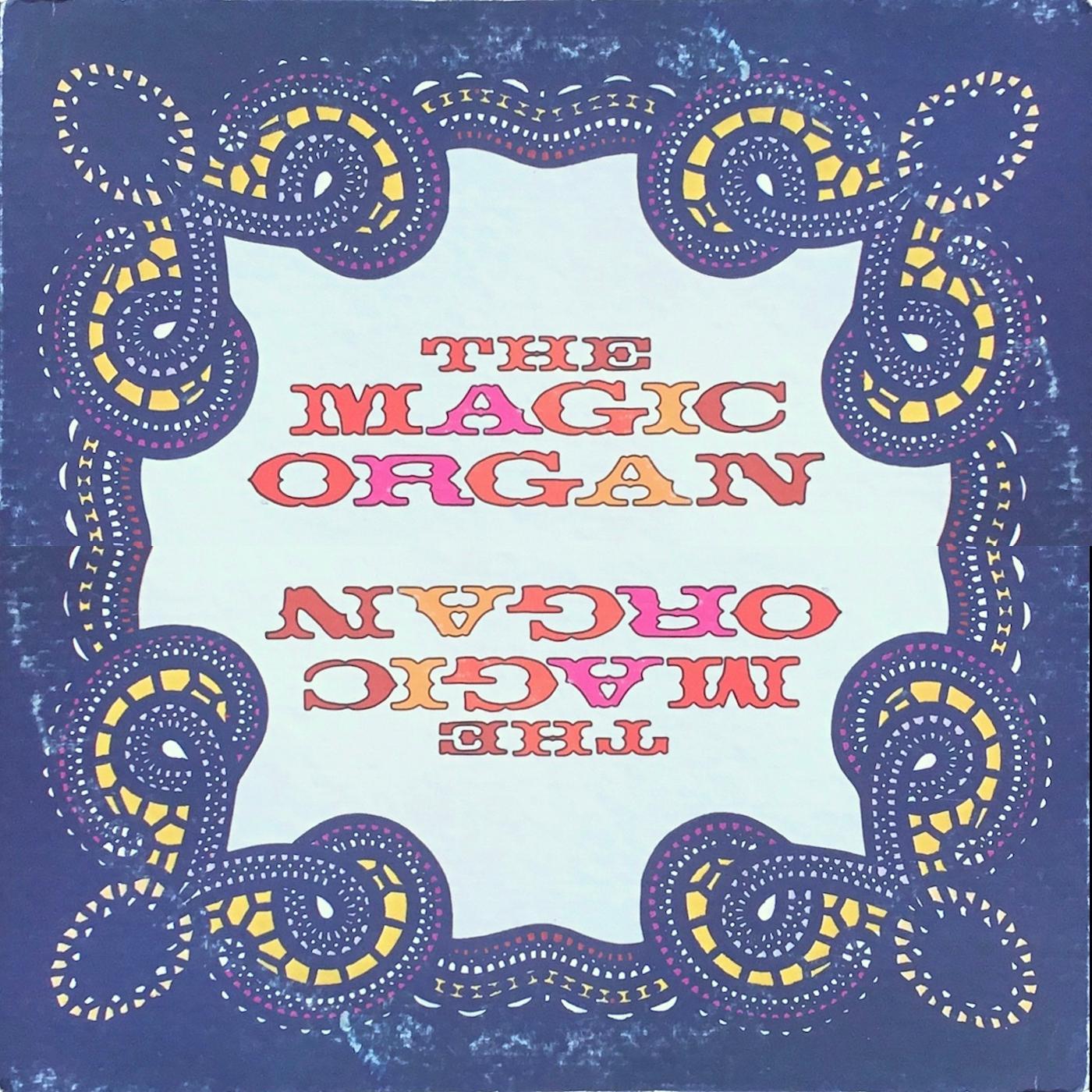 Episode 51, first episode of 2023! It has been a while and we are now (hopefully) up with our new podcast hosting service. The Magic Organ is a one person operation so all administrative, technical, creative, editing and plumbing issues all flow downhill to one sap.Episode 51, Mixed Bangers, is the result of a lot of year end list listening. We kick it off with Systema Solar out of Colombia, get into more dancefloor banging with some NYC techno from Louie Vega and it just goes on and on from there.Excerpts from this episode:System Solera: Comer de VerdadLouie Vega: All My LoveLa Roche: Liye LiyeAshenspire: Plattenbau Persephone PraxisKassmasse & Protoje: Mela MelaWesli: Kay Koule TroubaHey, feel free to follow me on the Insta as themagic_organ. Or 5 shits on the itunes, that would be helpful, 5 shits on the itunes I dare not dream!!!You can find these artists on bandcamp and streaming outlets. You can support them by listening and telling your friends. You can celebrate what they do! Let this shitass 13 minute podcast inspire you. Questions, comments, review requests — hit me up at skeptical.chimp @disroot.org!

@@@ Maria Chiara Argiro: Forest City (Innovative Leisure, 2022) Some indie electronic I got to via the recording magazine Tape Op. Btw, Tape Op is tremendous toilet reading material, try it! This is slack and interesting with cloudy synths, classic mopey singing and quirky drum machine programming. What do I like here? Some of the cutting and some of the sonic manipulation though the artist went to the speed slowing plugin a bit too much. I don’t love the singing, it’s very indie with not a lot of energy. Overall it’s all right, nothing for me to jump up and down over but if this formula works for you then check it out!

People marvel at George Santos and his audacity in bullshitting his way into federal office; it does indeed look like a movie plot.

However, when you read that people knew ahead of time and didn’t give a fuck it starts to look very different. On top of that is Democratic Party incompetence in not figuring out this dude is/was totally full of shit.

Republicans who knew this dude was a grifter thought they could gain a seat in Congress with a gay, non white dude so they weaponized identity politics to get a seat they now do not want to cough up as Dems would win in the next round.

All in all you have a system that is not working as designed, it’s being gamed. No ethics, just pure power plays.

@@@ Oddisee: Hard To Tell (Other Note, 2023) We’re starting to see new releases for 2023 and I’ve checked Mr. Oddisee a few years ago and his skills are as fearsome and complex as ever. He mugs the microphone over intensely composed arrangements — the bassline and keyboard guitar figure in this first track are not typical. The second track How Far, is funkier with the same intense rhyming style. He’s both hardcore in his approach as well as high end in his aspirations. I’m really feeling this third tune, Many Hats as he backs off verbally a tad and brings some slink to it. Oh shit, the fourth tune, To What End, is even better so the album is gathering steam in my eyes. I’m guessing this gent has extensive musical training, his shit is just ferociously skilled, intellectually, technically, his arrangements are thick and super focused and then he piles on with his words, it’s almost overwhelming. There’s a nerdy aspect to his intellectualism for sure and I wish there was more grit, but as far as I can tell he’s closer to being a jazz musician than a hip hop guy. Impressive.

@@@ Brainiac: Predator Nominate (Touch and Go, 2022) I saw the Touch and Go imprint and thought this was gonna be some old school roughness and you do get half a slice with the grizzy bass but there’s plenty of cloudy retro synths and drum machine beats from another era on tap here. I don’t know if your world needs more Nine Inch Nails inspired inspired aggro dance music but my world is agnostic on it. It’s gettin